Scott Pengelly, Rebecca Hatch and Bryony Light met remotely in September to discuss the recently revised BS5489-1: 2020 standards published earlier in the year.  The team took an in-depth look at the three main themes behind the changes, enabling a mini-series of articles on the standards, offering an informative perspective on each.

This is the first in a series of 3 articles looking at how the changes to BS5489 are raising the standards of exterior lighting in the UK.

What’s changed in this latest version of the standard?

The official line states these changes have been introduced to bring standards of lighting roads and public areas into line with current best practice and BS EN 13201.  Overall, we see the central theme of the revisions being driven by and centred around improving environmental impact and more generally, raising the quality of LED lighting in the UK.

Comparing these standards with the last version, there are new sections on smart cities, Central Management Systems (CMS) and electric vehicle charging.  However, for us the most significant changes relate to:

Principally, there is a greater focus on environmental concerns, and you can see that because there’s a lot more detail about this than in previous issues.  A whole section has been added on measures to minimise electrical energy use; BS 5489‑1:2020 – 4.3 Electrical energy.  This talks in-depth about the various lighting control options that are available to designers such as variable lighting, trimming, part-night dimming, switch off and use of sensors.

You get the impression from reading through that it’s no longer acceptable to simply install ‘any old lights’ or, similarly, install a scheme and leave it on all night.  And even more so with the continued advances in lighting for a “smart city” environment.

To what extent are the standards legally binding?

Of course, following BS 5489 is not a legal obligation, but if the practices are not adhered to, and an incident occurred, there needs to be an excellent reason why that was the decision.  A challenged party would be required to justify their decision in a court of law; why best practice, industry-accepted standards were not followed.

How engaged is the market with the changes?

The reality is that it takes time for new approaches to be adopted, for everyone to get entirely up to speed with all the changes.  The new standards are the result of 2 year’s work, with around 3,500 amendments to the text!

However, it is incumbent on professional lighting designers and supply partners to keep themselves informed about the latest updates and best practices.  Customers are not obliged to start using the new standard, and not all local authorities will necessarily update their documents and policies to the new standard immediately.

That means, of course, there is a reasonably lengthy crossover period.  For example, we still see requests and specifications today that refer to the old ME-classes or C-classes, which were replaced in 2013!

Many people use ‘5489’ to inform them about what lighting levels to use and then reference 13201 to get the numbers; they won’t necessarily look through the rest in detail – the standards are used primarily as a point of reference.

As a starting point, it provides all the background information, what you need to think about, what needs to be taken into account; especially for new installations; consideration about where to locate the lighting points etc.  As a CPD document alone, we think it’s definitely worth reviewing

“Actually, it’s such a useful document, particularly if you’re considering writing a specification document for a tender for example.”

The S/P ratio is a method to indicate how good a P-class lighting source (for pedestrian and cyclist routes) will be under:

So, why don’t we need to apply S/P ratios any more?

Application of S/P ratios to determine a scheme’s visible lighting level was added as a revision to BS 5489-1 in 2013 when most designs were being compared with sodium light sources.  However, now that most designers use full-spectrum light sources, the use of S/P ratios has been discontinued in this 2020 update (Credit: Nick Smith Associates)

So, although the 2013 version previously promoted the use of whiter light sources, ultimately using the S/P ratio is now redundant, so long as it is greater than 1 with Ra over 70 (this is standard across most LED chips nowadays).  Our takeaway on this, is that project headlines and key drivers can now be about addressing the requirement to be more environmentally and ‘people’ friendly.

So, practically speaking, how will this impact street lighting schemes?

Previously, specifications might have been written to use the best possible S/P ratio to reduce a scheme’s lighting level and the overall wattage of the product, reducing energy consumption.  But, inadvertently you’d get a poor quality light, or a higher blue LED chip being used.The effect is amplified in major tenders, where the difference in S/P ratio between offerings might be as little as 0.1.  That amounts a significantly lower amount of energy being used over the entire scheme awarded.  But it comes at the expense of light source quality.

“removing the need to apply an S/P ratio is a neat technical route to reduce the amount of daylight/cool white light sources being put out to the market and the preference for 4,000K LED fittings (or cooler), being installed across the country.”

Poor lighting quality and the experience of glare can often be attributed to the colour temperature of the light source.

b) Ecological and economical benefit

Artificial light in an environment can alter animals’ natural instincts and cause detrimental disturbance to many ecosystems.  Of course, the behavioural response of wildlife to lighting varies according to species and spectrum, hence environmental impacts should be considered with every scheme.

Bats, in particular, are sensitive to high blue and white light sources and play a key role in urban ecosystems.  We’ve been fascinated to learn more about these creatures and particularly that bats are a vital source of ‘non-toxic’ insect and pest control, responsible for a high level of seed dispersal and pollination across a wide range of plants and crops.  That means they have significant, economic value. 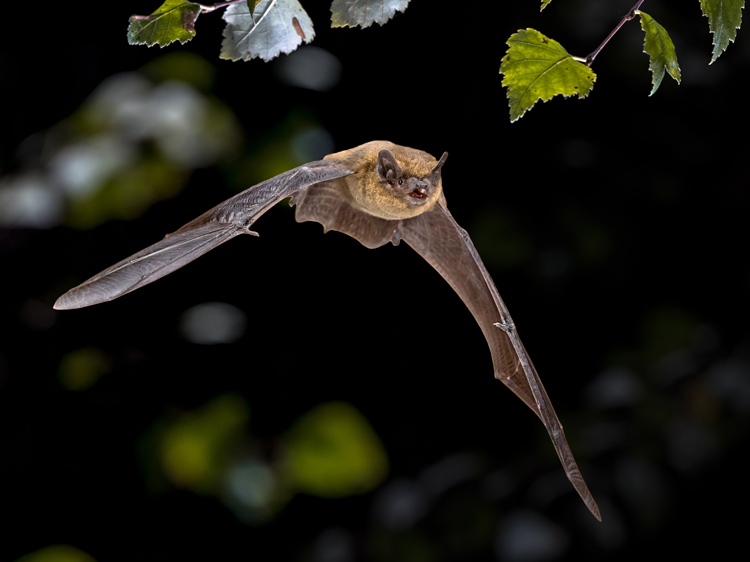 Attitudes are changing now but in the past, leading bat researchers have challenged the industry, asking “are LED lights conserving energy at the cost of biodiversity?”

As a general rule, lower Correlated Colour Temperatures (CCT) and light sources with peak wavelengths over 550 nanometers (nm) are much less disruptive to wildlife and the environment.

Therefore the industry CAN now be more responsive to the request of biological conservationists who want artificial light to be more wildlife-friendly.  The change to S/P ratios is a direct answer to that.  As an industry that’s increasingly working with ecology experts, we are starting to understand that ‘the environment’ is a much bigger story than just energy consumption!

INDO offers functional and heritage LED luminaires, as well as retrofit gear trays, in a range of colour temperatures and optical configurations, from a warm 2200K and with peak wavelengths at 600 nm.

In fact, our recent project with London Borough of Barking and Dagenham, helping the council regenerate an important community space in Thames Ward, is a great example of how we are able to balance the needs of protected species, like bats, with those of a community who also need safe access to green space within a built-up urban environment.

Some people may be concerned that the S/P ratio change means energy consumption will be pushed up on projects.

“If you’re already saving 60%; you can have a better-lit environment for humans and wildlife and be less concerned about the additional wattage”

Under Section 4 of the general terms in the new BS5489, the designer must now address all the following environmental issues as a minimum:

The new standards encourage a warmer light source by not worrying about the S/P ratio, and the general notes then really drive the industry to consider the environment and seriously take these things into account.

Its a more holistic environmental perspective

“Energy efficiency measures should be taken in accordance with BS EN 13201… good lighting can contribute to energy and carbon reduction strategies and should be at the forefront of any scheme.”

For local authorities and larger organisations who want to reduce their carbon and energy, the BS5489 document runs through several alternative strategies to reduce lighting levels; from sensor control, trimming and nighttime dimming regimes through to 100% switch off and asset removal.

This perfectly brings together both the ecological, carbon and energy-saving benefits of LED.

Our fully-featured street lighting luminaire, INDO SiCURA, is a great option for clients that want this level of flexibility.  It allows the addition of almost any sensor via a simple plug and play ZHAGA socket. Full interoperability with both DALI-1 and DALI-2 standards is offered without the need to re-wire or re-programme ensuring customers can take full advantage of all required energy-saving strategies.

And of course, any council that specifies INDO Lighting benefits from even further carbon savings by having no driver to waste and replace on a regular basis.

As an industry, we must be fighting for the environment, and not just paying lip service – The ecological benefits won’t be quick or immediately obvious.  However, it’s all part of us building a long term, sustainable ecosystem and making a positive contribution.  The industry has come under much criticism, from both outside and inside, for not taking these kinds of things into account.  We think the new standards start to get to grips with that.

The more you review the changes, the more you can see how responsibly managing the environment is a key focus.  There are references spread throughout the document and also indirectly in terms of the environmental impact these changes will affect.  It is kind of hidden away and not over the top, but it does define all the options that should be available in a quality product along with the detail that designers and lighting professionals need to achieve that aim. 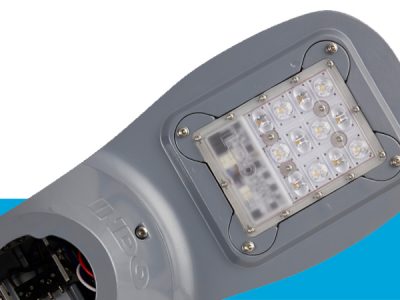