Don't always believe everything you hear...

The myths about Direct Drive®

“There’s a secret driver”  “It can’t be dimmed, it isn’t CMS compatible”  “It won’t work with my system”

So, what is the truth?

INDO’s Direct Drive® Technology IS compatible with all major Central Management Systems on the market and, in fact, provides superior dimming functionality over some traditional drivers. Direct Drive DOES make use of circuitry on the main LED board to regulate current and provide dimming functionality, but the big difference is there are NO wet electrolytic capacitors in the circuit – the single component that limits driver life.

How does Direct Drive compare on dimming performance?

So, Direct Drive® technology is dimmable and CMS compatible using DALI inputs.  In fact the dimming range is extremely broad, allowing reductions down to 10% output while maintaining a power factor close to 1 throughout.  The AIR2 luminaire, for example, has a maximum output at 148W that can be dimmed to a less than 15W output and a power factor of >0.9

Not only does Direct Drive® meet (and often exceed) all the product requirements of our industry, it also allows us to design a much more efficient, compact product.  A single module contains all the system circuitry and LED’s, that's mounted directly onto the heat sink.  It is easily replaceable and up-gradable with future improvements in technology

Has it been tested?

Yes!  INDO has carried out all necessary testing to ensure DALI dimming functionality is operational across the full AIR range of luminaires and gear trays.  Indeed further testing has also been done in conjunction with the following CMS providers with whom we partner closely;

Are there any installed examples of Direct Drive products being used with CMS?

Essex County Council installed AIR1 units through a maintenance contract with Ringway Jacobs.  The units are controlled via Telensa to operate the Essex CC part-night switch off strategy. 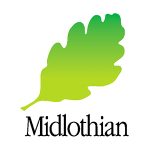