What are MOVs anyway?

Our upcoming Technical CPD events feature a guest paper from world leading circuit protection company, Littelfuse. Read on for a few basics before the lecture...

If you looking to upgrade or want to ensure purchasing decisions are properly informed, here’s a handy introduction to MOVs and the wider surge protection systems needed for luminaire protection

What are MOVs anyway? 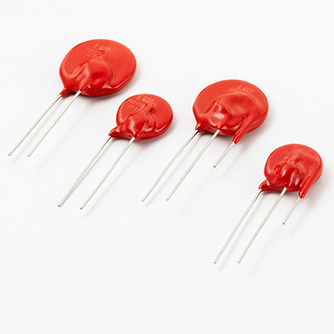 Metal Oxide Varsitors (MOVs) are an effective solution for clamping surges and overvoltages as a primary protection stage for lighting equipment. Simply put, the MOV will conduct current during a surge, and will absorb large amounts of fault energy to protect the equipment connected locally.

During normal operation, the MOV is a passive component which connects between Live and Neutral for differential mode surges, and between Live/Neutral and Earth for common mode surges.

For a given operating voltage rating, the physical size of the MOV indicates the rating (i.e. the maximum discharge current); larger MOVs are generally able to take more hits at a given surge voltage before wearing out.  Another important characteristic of any MOV is its “V-I” curve – i.e. the level of current that is conducted at various overvoltages to save the connected equipment. This curve tells us, among other things, when the MOV will conduct significant current.

Why is secondary protection important

It is important to note that during a surge event, the MOV will “clamp” the surge voltage. This clamped voltage will be let through to the lighting equipment. The secondary protection within the equipment (or the equipment itself), must therefore be capable of withstanding this clamped voltage (which could be in the region of 1,000V). Ill-designed secondary protection can result in failures of lighting equipment even before the MOVs reach the end of their life.

Protection systems made up from multiple MOVs (or Surge Protection Devices) must be carefully thought through to be effective. If this is not the case, the system will only be as protective as the weakest MOV.  The reason for this is that different MOVs will undoubtedly have different V-I curves – whether as a result of component values, differences between manufacturers or indeed, between production batches. 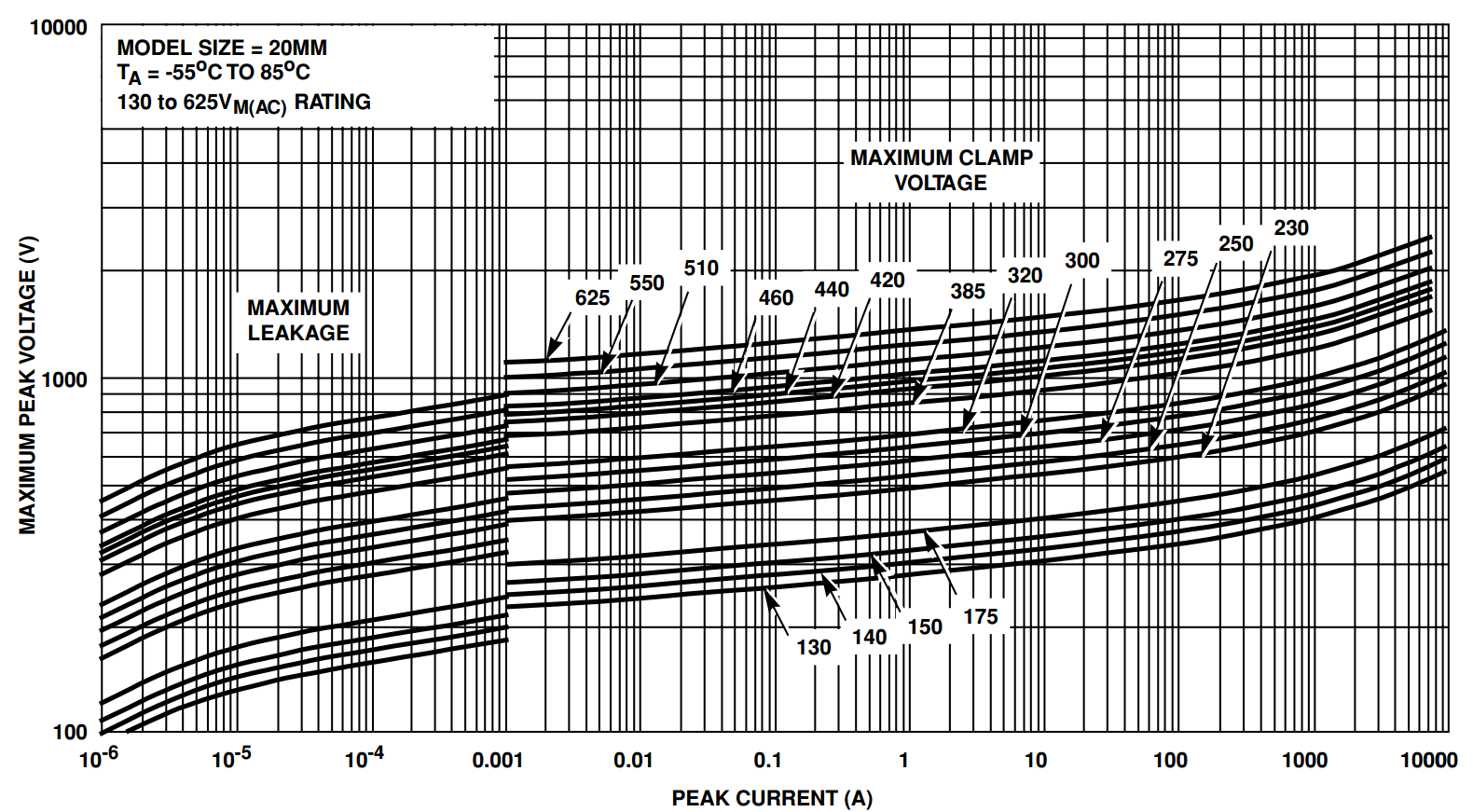 A V-I curve shows the conduction at different surge voltages

For luminaires with a single surge protection device (SPD) it might appear that there is no system to worry about.  However, many connected devices contain MOVs between Live and Neutral such as the photocell and the LED driver.  If the system is correctly designed it might be possible to have the components within the system fairly well matched, meaning the surge is shared between the photocell, SPD and driver. However, if the system is not well matched, the whole surge might be taken by the smallest MOV (e.g. in the photocell) and cause day-burning or failure of the lantern.

This is a critical consideration when you want to upgrade a system or replace an individual component, for example a failed LED driver.  In this case you might be looking at a luminaire containing a 5kA MOV inside the driver and a smaller 2kA MOV within the photocell, both of which were originally selected to provide a balanced sharing of the surge.  After failing, if the LED driver is replaced with a model that features a 10kA MOV with a different VI curve, the end result could in fact be that more surge gets diverted to the 2kA photocell MOV than before the upgrade!  In such a case, the change has resulted in a system with significantly less protection than previously.

What this all boils down to…

Ultimately, there are many complexities involved.  Ensuring suitable secondary measures are in place, alongside a whole system approach throughout the luminaire’s life, is imperative for reliable operation and luminaire protection.