INDO Lighting is delighted and proud to be listed amongst Britain’s brightest businesses today (Apr 21, 2017)  having achieved a Queen’s Award for Enterprise in the Innovation Category 2017 for its Direct Drive® LED technology.

And in this historic year as HM The Queen celebrates the sapphire anniversary of her reign, achieving Britain’s most coveted prize also coincides with INDO reaching its first commercial landmark: 10 years in the lighting business; a decade of Direct Drive® success. 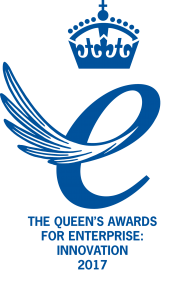 As the world steadily moves to LED lighting, whilst the conversion is saving councils between 50-80% of energy costs, average ongoing maintenance costs remain static, if not increasing in many cases.  This is due to driver failure. INDO’s product range contains Direct Drive® technology, replacing driver units with smart control circuitry that regulates LED current directly from the mains, whilst still maintaining all the functionality required by clients. This removal of the weak components (that will fail anywhere between 5-7 years and need replacing) significantly reduces maintenance and whole life costs for budget conscious customers, especially local authorities; currently one of the company’s largest target markets..

As Managing Director Tom Baynham says, “the Queen’s Award acknowledges all the hard work that we’ve invested since the company launched ten years ago and it’s an achievement of which the whole team is justly proud. For a relatively small but rapidly growing business like ours, we’ve been able to take on larger, multinational players who dominate the street lighting market with our pioneering, added value approach. We’re delighted to be bringing products to market that don’t cost customers a fortune in ongoing maintenance and capital replacement costs. Having Direct Drive technology recognised for its innovation and excellence in this way is a great endorsement for the business.  We’re absolutely delighted” 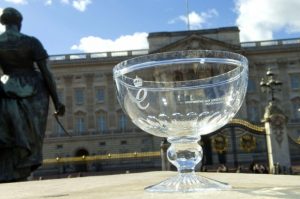 INDO Lighting was awarded alongside 169 other businesses, in a variety of categories including sustainable business, innovation and international trade.  “The Queen’s Awards for Enterprise highlights everything that’s great about UK business today”, said business secretary Greg Clark.  Read the full press release here.

The list of winners was published in the Supplement to the London Gazette on Friday 21st April, the Queen’s birthday.  Winners of the Queen’s Award are invited to attend a reception at Buckingham Palace later in the year.

About the Queen’s Awards

Established in 1965, the Queen’s Awards for Enterprise are for outstanding achievement by UK businesses in the categories of innovation, international trade and sustainable development. Awards are made on the advice of the Prime Minister after examination of applications by an Advisory Committee composed of leading individuals from industry, commerce, trade unions and government. Winning a Queen’s Award entitles the holder to use the emblem for 5 years in recognition of their achievement.
The next round for the Queen’s Awards for Enterprise 2018 are now open. Interested companies should visit www.gov.uk/queens-awards-for-enterprise/how-to-apply